Rimworld How To Get More Colonists 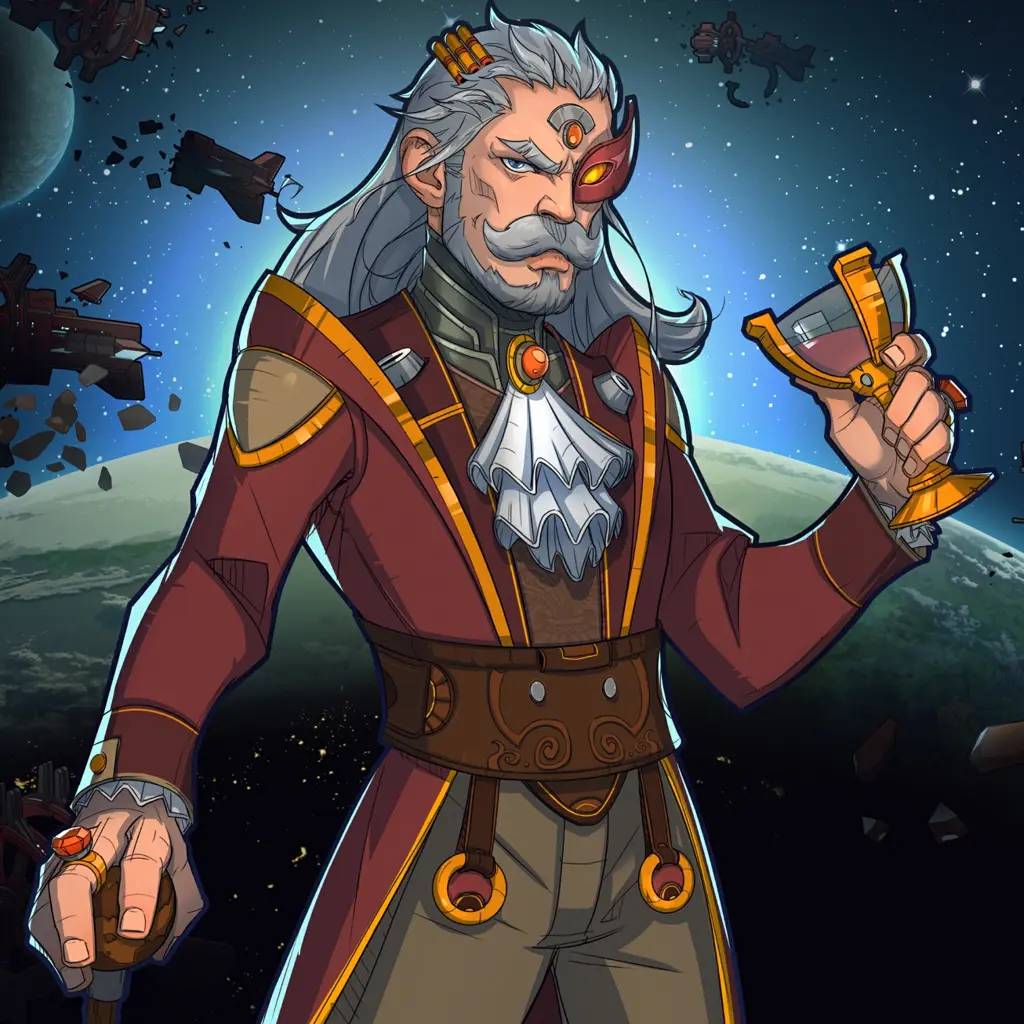 How to grow your colony

The choice of storyteller is ultimately going to decide your colony size. The storyteller will restrict certain events once you have reached certain population limits. Phoebe Chillax and Cassandra Classic have the same guidelines when it comes to colonists numbers. Each wants you to have a minimum of 4 colonists and a maximum of 13. Your colony will reach critical mass at 18 colonists.

The storyteller will try to get you rapidly to a minimum of 4 colonists, by sending events that will quickly provide you recruitable characters as long as you are below four colonists. Once above this number, the storyteller will periodically feed you activities that will allow you to increase your colony. But from then on, it will require more effort on your part. However, once your settlement passes the critical mass of 18 colonists, the storyteller will now try to reduce your population by restricting events with the possibility of giving you colonists and making prisoners harder to recruit. Here is where Randy Random differs from the other two AI storytellers, only capping the maximum colonists to 50. Randy Random is the only logical storyteller if you are looking to build a huge base.

There are a lot of events that allow you to acquire colonists reasonably quickly in the early to mid-game. Being prepared to caravan early on is an excellent way to snowball—both due to quests explicitly providing you new colonists. And by potentially capturing pirates and raiders that your caravan may run in to, but still the most reliable way of actively growing your colony is by catching and recruiting prisoners.

To do this, you will first need a prison, which would be comfortably furnished. And hopefully be guarded by a colonist with some degree of skill or passion for the social ability. As an absolute minimum, furnish your prison with beds, a table and chair, and a source of recreation. I find having medical supplies closeby helps as well. As you capture prisoners, they will most likely require medical treatment. Depending on their happiness with the state of their living conditions, they may even go insane from time to time. When they are crazy, they will beat up on your wardens or their fellow prisoners—and then requiring even further medical attention.

How to recruit and manage prisoners

If you don’t have someone as a warden, give a colonist the job now so he can start recruiting. To speed up the recruitment process, you should take care of the needs of the prisoners.  Recruiting happy prisoners goes quicker. So keep the mood of the prisoners up, as this is the most significant factor in how well you can recruit prisoners. A quick tip is to clean up the blood in prison as soon as possible. Blood in the prison area gives a significant debuff to the prisoners. Another tip is keeping an eye on the temperature in the prison-area. Are the prisoners sweaty, place a cooler. Are they cold, put a heater.

Finally, in the prisoner tab, you will find under recruit, reduce resistance. Reduce resistance is an option to give the warden some experience without recruiting the target prisoner. But the prisoner still needs to be fed and controlled for the duration that you are reducing its resistance.

Another tactic for rapidly growing your colony is capturing visitors or traders who come to visit and stay at your settlement for a time. But this is only recommended when your at or over your minimum of 4 colonists. Perhaps when you see a particularly suitable character, you can attempt to capture it. However, this will drastically affect your standings with the faction whose pawn you caught belongs. But does this matter? Well, not really from a gameplay perspective, as long as you maintain at least one friendly faction. You will always receive trade caravans. Having more friendlies doesn’t seem to affect the frequency of friendly trade visits.

Conversely, having more enemies won’t increase the frequency of enemy raids. It is just going to provide your storyteller a larger pool of options to pull from when it does decide to throw an attack at you. So angering a lot of factions is not something that is going to affect you adversely.

How to grow your economy

If you want to grow your economy quickly start with planting and growing money crops. That is crops you use predominantly for providing goods to be traded for silver. Growing plants to make silver is one of the best ways to improve your colony’s income. Planting and harvesting crops takes minimal work investment, with the most significant time sink being the wait for your plants to grow and mature. During this time, your colonists can go about their other jobs in your colony, while your money crops progressively pump out reasonably passive income.

Another great thing about these income crops is, well, they are also drugs, and that’s pretty great, right? But seriously, once your colony has an active and stable production line for producing these drugs. It won’t matter so much if colonists become addicted to something as you can easily supply this addiction. And all of these drugs have various positive side effects, which can make your colonists work harder, sleep shorter, and be more immune to pain and are therefore less likely to be downed during a fight. Eventually, you can think of a little yayo in the morning as simply your colonists morning coffee, only perhaps a little more potent.

What are the most lucrative drug crops, you ask? At the top, we have ambrosia. Which I merely include here for completeness. However, you can’t grow this plant yourself; it relies on a random sprout occurring somewhere and doesn’t have a massive yield per harvest. However, it’s still a very lucrative item to sell, and an ambrosia sprout will remain on your map, giving multiple crops so the money can start to add up if you’re lucky enough to get a sprouting of it.

Go juice and wake up while both very lucrative; each requires neutroamine to produce, which is an ingredient that can only supply through trade. It will, therefore, take some financial capital for you to be able to start acquiring and producing consistently. However, even though you will be spending silver on some of these ingredients, they remain two of the most lucrative drug types for both raw market value and value per component. So once you have your economy established, these can take your money-making potential to the next level.

To get to this point, you will want to start by producing some of the less refined drugs like flake, smokeleaf, and yayo. Note that while yayo has a higher market value than flake. Flake is a better value per ingredient as it requires half the number of leaves to produce a single unit of the drug. So in terms of pure financial gain, flake is a much better drug to be sold on the open market. Smokeleaf is also a fantastic early moneymaker as the plant has a lower skill threshold to plant, provides a very high yield, and matures reasonably quickly. So in my mind, smokeleaf is one of the best options for an early moneymaker as it’s so simple to produce and easy to grow.

Beer and psychite tea are less worth your time purely as a money crop. However, beer, in particular, is a fantastic source of happiness for your colony as it’s not hugely addictive and doesn’t have the work speed and movement speed penalties associated with smokeleaf.

How to grow your technology

The main thing you probably want to prioritize is heading towards gun turrets. If you can get to the point of having finished gun turrets within a year of being on the map, then you are pretty well going to be a hundred percent safe for that first year. Provided you have got your wall up and your kill box ready.

The other tech that you could look to prioritize is microelectronics because this gives you access to the later game techs as well as allowing you to make orbital trade, which is quite a significant thing. It is a beautiful thing to have. Other than that, that’s all you need to remain safe, and honestly, especially with the crashlanded start, you don’t need to hardcore research at the beginning. You can concentrate on doing the other jobs in your colony.

A little pro tip here with researching speed, you can build more than a single research bench and assign multiple colonists to the researching job. Having more than one research bench in operation will increase your research speed. So if you want to crank out some technology, this is a method that you can use to do precisely that.

Also, as you get started, try not to overextend. Keep your buildings small and maybe even start on a map with mountains as well. And use some of the natural bottlenecks in the terrain to help with walling yourself in. Also, remember that digging into the mountain can awaken some of those nasty bugs. So maybe consider building outside first, until you feel you are ready to deal with that.

Finding good colonists is also going to help you out. So don’t be afraid to randomize a bit or even a lot at the start of the game. I recommended that you do that, especially when you are just starting out and still learning the game.

Save your medicine for dealing with plagues and diseases. Try and grow some herbal meds, when you can, when you have the skill for it. And use herbal meds to treat things like cuts and bruises. Even if you get a cut and an injury and you don’t have herbal meds, just treat it without the medicine. Treat it with no medication whatsoever. Save that medicine for when you want to perform a surgery or if you get terrible diseases or plagues.

Also, you should look at getting around to building a hospital, which is going to help with just generally treating disease and injury. Because even things like proper lighting and cleanliness may affect how well you can manage all the various injuries and illnesses.

With everything we covered here, you are now ready to build a colony that will be safe and stable. With everything that you learned so far, you can deal with and discover things on your own. So get out there and exploit the map for its resources. Send caravans off into the world. Hunt, mine, chop down trees and turn all of these resources into more crafting. You are growing more crops. Brewing beers, making drugs. Researching more technologies and shaping your colony into everything that you want it to be.