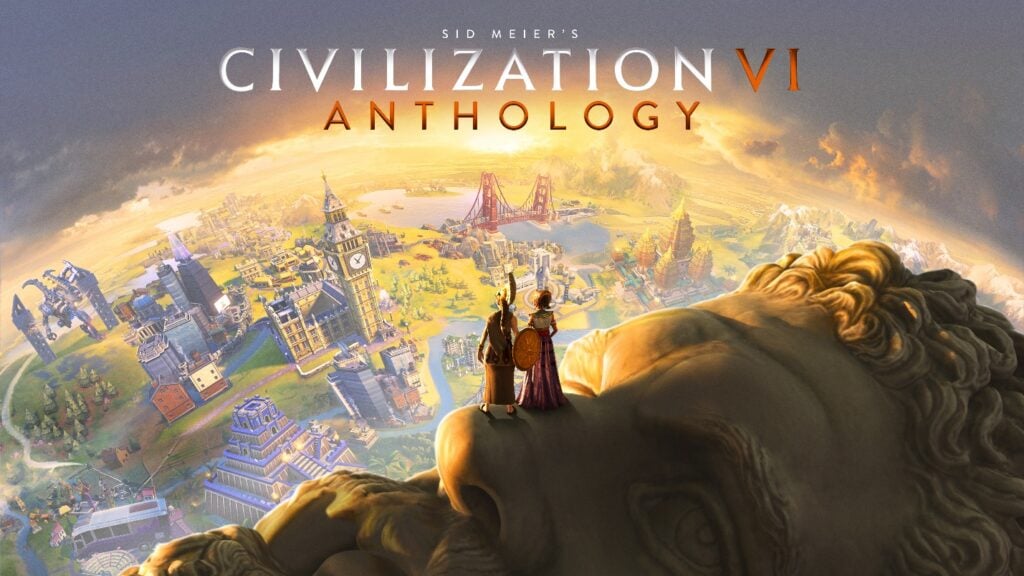 This article will share the top Civ 6 10 tips for a Civ 6 deity or a religious Civ 6 victory in general. These tips are going to be all-purpose. They’re not going to be towards a specific victory type or difficulty. If you need help winning a Civ 6 game, these tips should give you a good idea of where to start.

Tip 1: Best religious beliefs for a non-religious game
World church and cross-cultural dialogue. These two are easy faith beliefs to get. The AI doesn’t prioritize them a lot. You will need a religion. It is only advisable to go over these if you’re:
1. safe enough to get religion and,
2. if you’re too far away from everybody else and
3. you can focus on going for religion.

Or you’re playing Arabia, and you will get the last prophet for doing absolutely nothing.

These two abilities are suitable for non-faith games. Go for religion but not for religious victory because it gives you so much culture and science from each one. Whether you go world church or cross culture dialogue, it’s one science or culture for every four population you have. If you’re going for a science or culture victory, you will have a larger population than usual. If you play Incans or Germans with all the floodplain starts they get, you get to an insane amount of people. Add work ethic to your population and with education. You will quickly be able to buy all the buildings with faith. Get a ton of production from holy site adjacencies and get a larger amount of culture or science, depending on what game type you’re going. But this is a very effective tactic.

If you want to know which Pantheon to choose, check out our article here.

Tip 2: Defend against any invasion
The best way to defend your empire from early aggression is three archers and two warriors in one city defense. That is the best way by being defensive while being cost-effective as well. A lot of the time, the AI will have a much stronger military than you. But the AI won’t realize that you’re not a computer. You keep your warriors fortified in rough terrain. Three archers can easily take out a warrior in one turn without taking into account promotions. You get two volleys in one garrison, and just like that, you will be cutting away the enemy’s empire’s army. It’s a good strategy for an early game defensive play, especially against an aggressive Civ. The one problem you would potentially have with this strategy is if you’re going against somebody like Cythia, Grand Colombia, Gilgamesh, or somebody with cavalry units. The cavalry units could run around and attack your archers. The cavalry units will not deal with your zone of control. So that’s probably the biggest drawback with this strategy.

But still, three archers and two warriors are by far the best defensive early game strategy. It’s so quick and easy to build. Build two slingers and another warrior. You upgrade the slingers after you get archery, and your defense is ready.

Tip 3: The best district for every game
It depends on which victory you’re going. If you’re playing a Pangea map, it is going to be the commercial hub. On an archipelago, it is going to be the harbor. You will always want these two districts for one reason, and that is trade routes. Trade routes are vital in this game. You could be making a blistering amount of faith, culture, science production with trade routes that do require commercial hubs or harbors. Harbors are a little better because lighthouses provide a ton of housing to coastal cities. However, commercial hubs are still a fantastic district to have with all the gold you’re going to be generating. Gold might not be the best resource in Civ 6. Still, trade routes are great, especially after you get alliances to get an early science alliance. Commercial hubs are by far the best district for any victory type. Unless you’re playing on an archipelago map, the harbor would be better because of the free housing, but in essence, get trade routes. Trade routes are vital. If you want to win, build trade routes.

Tip 4: Best secret society
The Owls of Minerva is the most flexible and best secret society. In comparison, the Void Singers need you to go faith or culture kind of game. Vampires are suitable for early domination and super vampire castles for your capital. If you don’t know with what to go, Owls of Minerva is never a bad choice. You get envoys when going with trade routes. You will also get an additional economic policy slot early on, which could be massive. Later on, you’re going to be getting multiple spies. Owls of Minerva are a perfect secret society in any game. Unlike the other secret societies, which do have a connotation attached to it. You need to get great people to make use of Hermetic Order well. You need to get a large amount of faith to make use of the Void Singers, and for the Vampires, you’re going to need a lot of the high-yield tiles to get super vampire castles. Or you could use vampires to go to war all the time, which is not a bad idea either. The Owls of Minerva is good if you don’t have a secret society in mind.

Tip 6: Lock in districts
This tip ties in with tip 5. Lock in district costs whenever you can. Whenever you’re going to place a district, put it immediately. You don’t have to build it, but the way this game works is, the more techs you research and the more districts you build, the more expensive districts get. If you’re lock in the costs and build something else the cost will stay the same. Unlike you don’t place the district and build it later on. You put it in, you lock in the district costs, you don’t have to build it, you have to place the district, leave it, and then later when you come back, it will be like 1 or 2 turns compared to 9 or 10 turns it would have taken if you didn’t lock in the cost. Locking in district costs is very good, very powerful, very smart.

Tip 7 Advanced army is better than a bigger army
In Civ 6, going for an early unit rush requires you to be technologically ahead of the enemy. If you’re going for a swordsman rush and the enemy AI has walls and swordsmen, you’re going to lose 10 out of 10 times without a doubt. The AI getting the plus four combat strength above makes it so that you will always be behind the AI when you’re on an even playing field. You have two options:

If you’re good to go for war, go and beeline an advanced unit that you can build depending on nearby strategic resources. If you don’t have iron but have niter, you might want to go for musketmen instead of swordsmen. Or, if you have oil nearby, you might want to go for an infantry rush. If you decide to go to war, always beeline later era units and get the advanced ones. If not, you’re not going to make it out of the fight too well. And again, two to three swordsmen are going to destroy an army of 10 to 15 warriors. The combat strength difference is too big, considering the warriors will give experience to the swordsmen. From that experience, the swordsman will get promotions, extra combat strength which should make up for the enemy’s AI, plus four combat strength boost on DD difficulty. So again, a more advanced army is better than just having a bigger army.

Tip 8: Have a loyalty plan
When conquering cities and dealing with loyalty, always have a plan. There are two plans:

A lot of the time, you’re not going to be able to do anything about loyalty. The reason for that is that you might be in a different age as the conquered city. Or there are too many cities nearby etc. Therefore, you should ignore the loyalty problems in the first city you defeat. Just let the city rebel. Conquer all the other cities you need as soon as possible. Come back and reconquer the first city. Reconquering cities is easier than conquering them in general because the cities will no longer have walls.

When you’re conquering, you want to ignore a lot of the time to keep the cities, but if you can’t. You’re not able to break through. It’s better to raze the city and place one of your cities because you will not get that loyalty bonus from having grievances against enemies. If you have grievances against the enemy civ, the original owner of the city will cause a higher decay in loyalty. You’ll have lower loyalty in those cities. You raze it you put in your town. It might not work because sometimes the population for the enemy city is too high, or they might be in a golden age. Suppose you’re going to take more than 10 turns to conquer three cities that are providing the most loyalty. In that case, you will not have enough time. The cities will flip back to the enemy’s civilization.

So always have a plan either ignore or raze cities, depending on how quickly you can conquer the enemy’s large population hub.

Tip 9: Jesuit Education
Jesuit education is another religious one. Jesuit Education is strong for a science game. With Jesuit education, you can build research labs with faith. You will no longer need to develop any research labs and universities “the classic way”. It is possible to get them in your empire within 20 turns. Every city can have one, allowing you to use your production on other things, such as campus research grants. To get a much quicker science victory than what you usually would have. Jesuit Education with a ton of faith is powerful. We highly recommend it to everybody.

Tip 10: Best golden age
The best golden age to get is in the classical and medieval eras. It’s by far the best. The only good era score, later on, is the one that gives you tourism. The one that researches rocketry for you and boosts all information era eureka is not that great. You will be in the lead technologically in the later eras. By the time you get that, you already have all the information era techs researched.

The classical and medieval period is best for several reasons. Number one, extra science and culture is always good, but monumentality it’s a broken mechanic. You’re able to use faith to buy settlers and builders. Suppose you have any faith income, from religion, a couple of temples, or Void Singers. In that case, you’re going to be able to start spam buying those settlers. Monumentality is by far the best golden age dedication you can get. You can only get them in the classical, medieval, and Renaissance eras. We didn’t include the Renaissance era because, by that time, you should have all your cities placed out, and if not, you have a lot more problems to worry about than placing out settlers.

Conclusion
With these Civ 6 10 tips, you should now be able to dominate any game. The other Civs will no longer bully you, but will you become the next bully or an enlightened leader? Find out in your next Civ 6 playthrough. Have fun!

See also:
How to Manage Era Score in Civ 6
An Introduction to Civilization 6 National Parks
The Complete Guide to Civ 6 Archaeologist and How They Shape Your Gaming Experience